Some have complained that [Aaron Copland’s Piano Concerto] had no spiritual value, only animal excitement; but what else has jazz?  — Music critic (1927)

[George Gershwin is] the man who made an honest woman out of jazz. — Publicity statement (1930s)

Why did public and critical reception of the “jazzy” 1920s works of Aaron Copland and George Gershwin differ so profoundly, despite the seeming similarities between the two? Where Copland was excoriated for his appropriations of rhythmic syncopation and bluesy melodies, Gershwin was lionized for doing the same thing. What gives?

This teasing question in reception history provides the underlying structure to Ch.11. In this way – framing a perplexing question then parsing it out one historical argument and musical work at a time – RT writes this moment in American musical history almost in the form of a whodunit. This sort of structure generates its own telos: “sociostylistic” cues accumulate until the mystery busts open and the answer to our question is revealed…

Critics placed Copland and Gershwin on different points in the racially-tinged spectrum of high vs low art. Where Copland was seen to sully the good name of concert music by contaminating it with the lowly, “animalistic” sounds of jazz, Gershwin – in his elegant treatments of Tin Pan Alley forms that never strayed too far from their original – was perceived as the great redeemer of jazz by elevating it to the level of concert music. (A distinction also shared with Paul Whiteman, the bandleader who commissioned Rhapsody and Blue.) The messy “sociostylistic” problems of Jewish composers appropriating African-American forms for the consumption of predominantly WASP audiences was, indeed, a delicate dance that required extreme finesse to really “sell.” In this respect, Copland seemed to have had two left feet.

Here’s a partial playlist for vol. III, chapter 9, “Lost—Or Rejected—Illusions.” Click through below for scenes from Prokofieff’s Love for Three Oranges.

Satie, Embryons desséchées (No. 3, “De podophthalma” begins at 3:43; end of this movement is a caricature of the extended coda in Beethoven’s Fifth Symphony)

END_OF_DOCUMENT_TOKEN_TO_BE_REPLACED

No one could possibly have foreseen […] that the Octet was destined to influence composers all over the world in bringing the latent objectivity of modern music to full consciousness by frankly adopting the ideals, forms, and textures of the preromantic era.   — Aaron Copland, about Stravinsky (1941)

As RT points out, nothing is truly innocent of history, least of all instances of artistic revival masquerading as the real thing, “on its own terms.” This critique was at the core of his indictment of the “authentic” performance practice movement, and it makes an appearance in his discussion of neoclassicism as well: Stravinsky’s 18th century affectations tell us much more about the 1920s than the 18th century.

The “Pathos is Banned” chapter resonates uncannily with a similar conundrum we face in the world of popular music today, though with some pronounced differences. This position was quite recently summed up by music critic Simon Reynolds in a piece from this Sunday’s NYT, “The Songs of Now Sound a Lot Like Then.” Reynolds examines the “atemporality” that marks much of the pop music from the last decade, claiming that – short of auto-tune – we don’t really have any distinct, identifiable sounds or genres that define our era, nothing “that screams, ‘It’s 2011!'” Cataloging the various styles that helped to date and define the pop cultures of decades past, he goes on to write: “The fading of newness and nowness from pop music is mystifying.” Here are a couple of his examples of throwbackism in today’s pop, from Cee-Lo Green and Adele:

The prefix “neo-,” like the neoclassicism of yesteryear, has become synonymous with atavism, and there are no shortages of “neos” in today’s pop. I don’t buy Reynolds’s argument that there is literally nothing differentiating this music from its earlier models, but it’s hard to contest that “pop eats itself” in 2011 is less about synthesis, for many, than it is about crafting historically “authentic” replicas of music from the 60s through the 90s, down to the superannuated technologies used in its production. On this point, “atemporality” in pop differs considerably from Stravinsky in the 20s. Indeed, as RT makes clear, there is nothing authentically “classical” about Stravinsky’s neoclassical music: his harmonic palette, counterpoint, and voice leading would have been impossible in the time of Mozart. For Stravinsky to adopt an “atemporal” stance a la Cee-Lo Green, he would have just written a Mozart symphony. No, neoclassicism gestures toward the past while remaining uncompromisingly modern, in the sense that it is clearly a product of its post-Great War European moment.

Today’s “fading of newness” emerges from a very different set of cultural and historical circumstances, but it’s just as much a marker of our present moment as the Octet was of 1923. Perhaps what “screams 2011” is indeed its atemporality and fragmentation. (This gets into some postmodern territory, of course: how can we forget Frederic Jameson’s prognostication that “we seem increasingly incapable of fashioning representations of our own current experience.”) And just as it’s not entirely mysterious why Stravinsky made his move when he did (as this chapter virtuosically demonstrates), today’s throwbackism is, despite Reynolds’s head-scratching, entirely explicable from a variety of perspectives, many of which Reynolds goes on to list.

Is today’s pop music atavism indeed as “mystifying” as it might at first seem? 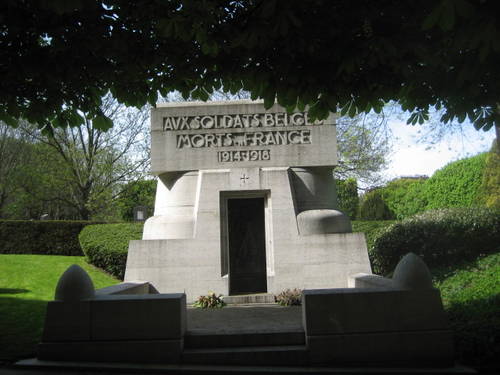 One need only read the first half dozen or so pages of John Keegan’s history, The First World War (1999), to get a chilling picture of the social devastation of what was then known as the Great War. Almost an entire generation of young men was lost, and those who remained had witnessed unthinkable carnage and mass death. They came away with not only great physical, but psychological loss. Reading the lists of names on memorials that are replicated in every town throughout France and England, Keegan was struck with their heartrending length, “all the more heartrending because repetition of the same name testifies to more than one death, often several, in the same family.” (Keegan, 5)

In the wake of the horror of the war, many prominent composers responded by turning to cynicism, biting sarcasm and black irony.* Stravinsky manifestly banished all trace of pathos, most clearly with his Octet for Winds of 1923 (Stravinsky: “My Octuor is not an ’emotive’ work but a musical composition based on objective elements which are sufficient in themselves.” IV, 490). It is this shift that Taruskin sees as the true break from the Romantic tradition, and the moment that announced the end of the long nineteenth century with a dead-pan, ironic scoff.

Taruskin is right to see this response (which went beyond Stravinsky, but was admittedly not the only response) as a recoiling by composers from the burden of cosmic transcendence that they had inherited from the Romantics. Composers sought to reclaim “their etymological identities as artisans or artificers—skilled makers and doers, and professionals—as opposed to dreamers, reformers, philosophers, priests, politicians, or saints” (IV, 491). It was a loss of that supreme confidence (arrogance?) in the quest for human perfection that had been a driving force for so long.

Have we ever fully recovered from this blow?

*471-478 of Vol. IV should be essential reading for students looking to get an introduction into the effects of World War I on the arts.

“For nothing ever comes ‘on its own terms,’ and nothing can be taken that way. History provides everything with a context. And nothing, therefore, can ever be truly innocent (of history, that is).” Vol. IV p. 478

Béla Bartók is not just known as a composer, of course. He also plays a prominent role in the history of ethnomusicology.

In fitting with the transitional tendencies of the 1900-1920 period, a moment that served as a hinge between Romantic aesthetics and the “real” twentieth century, Bartók was not given entirely to exoticized representations of folk music – a Romantic compositional trait – but neither was he a fully-formed ethnomusicologist in the modern sense of the term. (Indeed, the field as we know it today did not exist then.) While concerned with documenting the oral traditions of his native lands, he was also interested in hunting for material that could then be synthesized into new music. Bartók’s is a very new sort of relationship with folk sources, in fact, one that attempts to both capture a foreign music in all of its raw “authenticity” (including some of the earliest real field recordings we have – see picture below), but also to put it to good use in the creation of a national, not to mention personal, style. In this way, Bartók could be simultaneously rooted in native folk history while also being uncompromisingly “modern” (in the broader, cosmopolitan sense of the term).

This approach was amazingly prescient. By synthesizing the literate Western tradition with the music of variously-defined others, composers could walk a middle path in an increasingly binarized field of musical production, a field that became even more split with the meteoric rise of popular music. Neither fully academically modernistic, nor “authentically” folksy or popular, this stylistic path is betwixt and between. Indeed, there is a bit of Bartók in Gershwin’s operatic evocations of 1920s Charleston; Messiaen’s ornithological fieldwork (really a form of zoomusicology); Takemitsu’s dabblings with shakuhachi and biwa; Lou Harrison’s “American gamelan”; Reich’s visits to Ghana; Bolcom’s poly-stylistic mashes; and Golijov’s klezmer and Afro-Cuban influenced pieces, among countless examples. Indeed, Bartók seems to have inaugurated the era of the composer-ethnomusicologist. 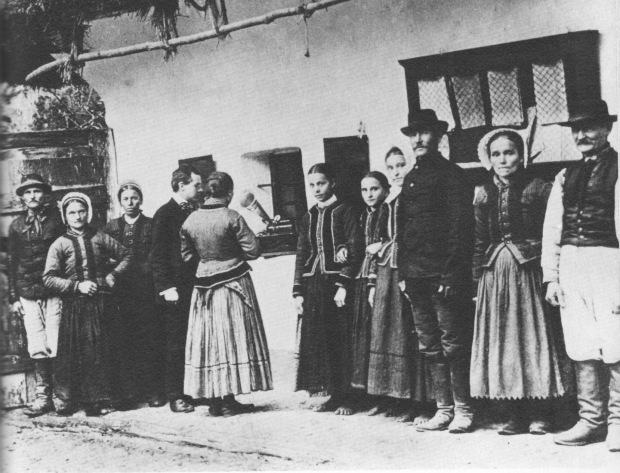 In the first half of his chapter on Bartók (Vol. IV, Ch. 7), Taruskin shines a focused spotlight on several of Bartók’s pieces, including Kossuth, Four Dirges, the set of bagatelles (Op. 6) for solo piano, his string quartet No. 4, and Music for Strings, Percussion, and Celesta. Here is a partial listening list based on what I could find in the broad but inconsistent wells of youtube. Listen as you read:
[In order to save space on our front page, I’ve only included the first two pieces here. Click through to listen to the rest.]